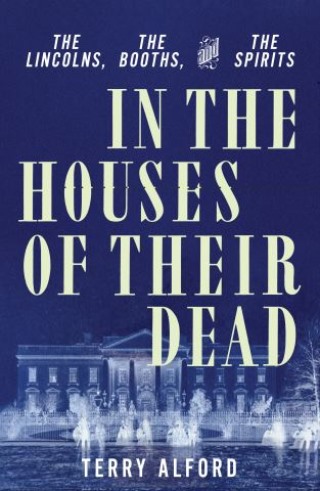 In the Houses of Their Dead: The Lincolns, the Booths, and the Spirits

“Here is Lincoln in the Bardo—for real. You couldn’t make it up—necromancers, mad actors, frauds, true believers, and, in the middle, the greatest President.” —Sidney Blumenthal, author of The Political Life of Abraham Lincoln

The story of Abraham Lincoln as it has never been told before: through the strange, even otherworldly, points of contact between his family and that of the man who killed him, John Wilkes Booth.

In the 1820s, two families, unknown to each other, worked on farms in the American wilderness. It seemed unlikely that the families would ever meet—and yet, they did. The son of one family, the famed actor John Wilkes Booth, killed the son of the other, President Abraham Lincoln, in the most significant assassination in American history. The murder, however, did not come without warning—in fact, it had been foretold.

In the Houses of Their Dead is the first book of the many thousands written about Lincoln to focus on the president’s fascination with Spiritualism, and to demonstrate how it linked him, uncannily, to the man who would kill him. Abraham Lincoln is usually seen as a rational, empirically-minded man, yet as acclaimed scholar and biographer Terry Alford reveals, he was also deeply superstitious and drawn to the irrational. Like millions of other Americans, including the Booths, Lincoln and his wife, Mary, suffered repeated personal tragedies, and turned for solace to Spiritualism, a new practice sweeping the nation that held that the dead were nearby and could be contacted by the living. Remarkably, the Lincolns and the Booths even used the same mediums, including Charles Colchester, a specialist in “blood writing” whom Mary first brought to her husband, and who warned the president after listening to the ravings of another of his clients, John Wilkes Booth.

Alford’s expansive, richly-textured chronicle follows the two families across the nineteenth century, uncovering new facts and stories about Abraham and Mary while drawing indelible portraits of the Booths—from patriarch Julius, a famous actor in his own right, to brother Edwin, the most talented member of the family and a man who feared peacock feathers, to their confidant Adam Badeau, who would become, strangely, the ghostwriter for President Ulysses S. Grant. At every turn, Alford shows that despite the progress of the age—the glass hypodermic syringe, electromagnetic induction, and much more—death remained ever-present, and thus it was only rational for millions of Americans, from the president on down, to cling to beliefs that seem anything but. A novelistic narrative of two exceptional American families set against the convulsions their times, In the Houses of Their Dead ultimately leads us to consider how ghost stories helped shape the nation.

Terry Alford: Terry Alford is an author, historian, and professor emeritus at Northern Virginia Community College. He is the author of Fortune’s Fool, a National Book Critics Circle Award Finalist, and Prince Among Slaves, among other books. He lives in Annandale, Virginia.