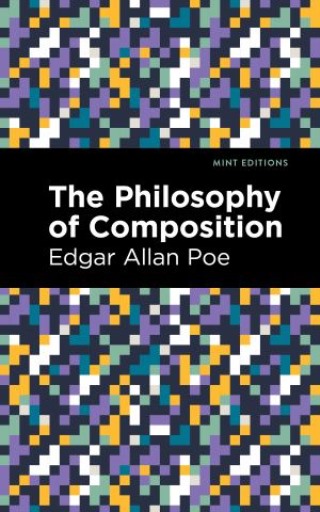 The Philosophy of Composition

The Philosophy of Composition (1846) is an essay by Edgar Allan Poe. Recognized as a foundational figure of nineteenth century fiction, Poe has inspired generations of readers and writers with his craftsmanship and taste for tragedy and terror. His brief but meteoric career shaped the trajectory of American literature forever, forming a legacy without which science fiction, horror, and detective writing would surely be shells of themselves. Published only three years before his untimely death, the essay appeared in an April 1846 issue of Graham’s American Monthly Magazine of Literature and Art, whose editor had previously made the mistake of turning down “The Raven.” Both influential and controversial, Poe’s essay on craft was intended as a dismissal of the myth of spontaneous art, arguing instead that a true artist depends upon attention to detail and adherence to a logical creative process. Using his own poetic masterpiece as an example, Poe claims that the writer must maintain “unity of effect” throughout the work in order to inspire the intended emotional response in the reader. Once this element has been set in place, the writer may proceed with the more technical aspects of composition, such as characters, setting, and plot. Although Poe’s essay drew the ire of Anglo-American poet T. S. Eliot, it was immensely popular among Poe’s Francophone audience and served as inspiration for such artists as Maurice Ravel and Charles Baudelaire. With a beautifully designed cover and professionally typeset manuscript, this edition of Edgar Allan Poe’s The Philosophy of Composition is a classic of American literature reimagined for modern readers.

Edgar Allan Poe (1809-1849) was an American poet, short story writer, and editor. Born in Boston to a family of actors, Poe was abandoned by his father in 1810 before being made an orphan with the death of his mother the following year. Raised in Richmond, Virginia by the Allan family of merchants, Poe struggled with gambling addiction and frequently fought with his foster parents over debts. He attended the University of Virginia for a year before withdrawing due to a lack of funds, enlisting in the U.S. Army in 1827. That same year, Poe anonymously published Tamerlane and Other Poems, his first collection. After failing to graduate from West Point, Poe began working for several literary journals as a critic and editor, moving from Richmond to Baltimore, Philadelphia, and New York. In 1836, he obtained a special license to marry Virginia Clemm, his 13-year-old cousin, who moved with him as he pursued his career in publishing. In 1838, Poe published The Narrative of Arthur Gordon Pym of Nantucket, a tale of a stowaway on a whaling ship and his only novel. In 1842, Virginia began showing signs of consumption, and her progressively worsening illness drove Poe into deep depression and alcohol addiction. “The Raven” (1845) appeared in the Evening Mirror on January 29th. It was an instant success, propelling Poe to the forefront of the American literary scene and earning him a reputation as a leading Romantic. Following Virginia’s death in 1847, Poe became despondent, overwhelmed with grief and burdened with insurmountable debt. Suffering from worsening mental and physical illnesses, Poe was found on the streets of Baltimore in 1849 and died only days later. He is now recognized as a literary pioneer who made important strides in developing techniques essential to horror, detective, and science fiction.