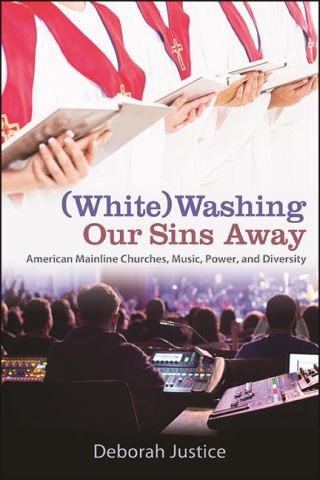 What if simply changing musical styles could resurrect social power and religious vitality? By the early 1990s, Christianity was losing ground nationally, and mainline Protestants were trending even Whiter and older than America's overall demographic trajectory. The churches knew they needed to diversify. Yet, many mainline churches focused their energies on the so-called Worship Wars, intense aesthetic and theological controversies running through much of White Christian America. Historically, churches had only supported one musical style; now, many mainline Protestant congregations were willing to risk internal schism to support both Contemporary worship—centered around guitars, praise bands, and choruses—and Traditional worship with its pipe organs, chancel choirs, and hymns. Surely, they thought, musical diversity would broadcast tolerance and bring in new members—perhaps it would even help them regain their historically central role in American society. Based on years of ethnographic research, (White)Washing Our Sins Away explores how American mainline Protestants used internal musical controversies to negotiate their shifting position within the nation's diversifying religious and sociopolitical ecosystems.

Deborah Justice: Deborah Justice teaches at the Setnor School of Music at Syracuse University and is Managing Director of the Cornell Concert Series at Cornell University. She is the author of Middle Eastern Music for Hammered Dulcimer.