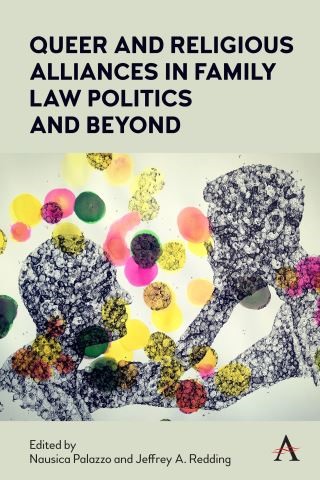 Queer and Religious Alliances in Family Law Politics and Beyond

Family law is a site of social conflict and the erasure of non-traditional families. This book explores how conservative religious and progressive queer groups can cooperatively work together to expand family law’s recognition beyond the traditional state-sponsored family. Various religious groups have shown an interest in promoting alternative family structures. For example, certain Muslim and Mormon communities have advocated for polygamy, thereby aligning with queer groups’ interest in overcoming the engrafting of monogamy into state law. Advocacy by North American religious conservatives for reforms in favor of non-conjugal families and against same-sex marriage overlaps with certain queer efforts to legitimize friendships and non-traditional families more generally. This book explores these potential areas of queer and religious political cooperation—including limitations and principled reservations to such cooperation. It then looks at additional future arenas of queer and religious political cooperation going beyond family law.