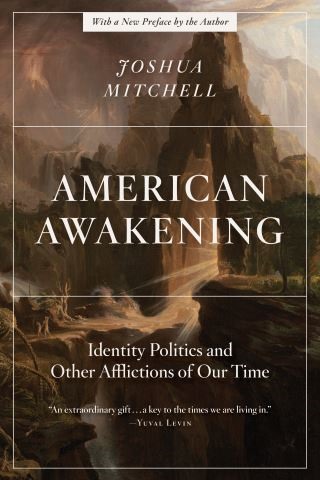 Identity Politics and Other Afflictions of Our Time

America has always been committed to the idea that citizens can work together to build a common world. Today, three afflictions keep us from pursuing that noble ideal. The first and most obvious affliction is identity politics, which seeks to transform America by turning politics into a religious venue of sacrificial offering. For now, the sacrificial scapegoat is the white, heterosexual, man. After he is humiliated and purged, who will be the object of cathartic rage? White women? Black men? Identity politics is the anti-egalitarian spiritual eugenics of our age. It demands that pure and innocent groups ascend, and the stained transgressor groups be purged.

The second affliction is that citizens oscillate back and forth, in bipolar fashion, at one moment feeling invincible on their social media platforms and, the next, feeling impotent to face the everyday problems of life without the guidance of experts and global managers. Third, Americans are afflicted by a disease that cannot quite be named, characterized by an addictive hope that they can find cheap shortcuts that bypass the difficult labors of everyday life. Instead of real friendship, we seek social media “friends.”

Instead of meals at home, we order “fast food.” Instead of real shopping, we “shop” online. Instead of counting on our families and neighbors to address our problems, we look to the state to take care of us. In its many forms, this disease promises release from our labors, yet impoverishes us all. American Awakening chronicles all of these problems, yet gives us hope for the future.

Joshua Mitchell is a professor of political theory at Georgetown University and a Washington Fellow at the Claremont Center for the American Way of Life. The author of numerous journal articles and four books, most recently, Tocqueville in Arabia, Professor Mitchell’s research focuses on Western political philosophy and theology. In 2005, he was part of the team responsible for founding Georgetown University’s School of Foreign Service in Doha, Qatar. From 2008–10, while on leave from Georgetown, Professor Mitchell served as acting chancellor of the American University of Iraq, Sulaimani. He lives on Maryland’s Eastern Shore.