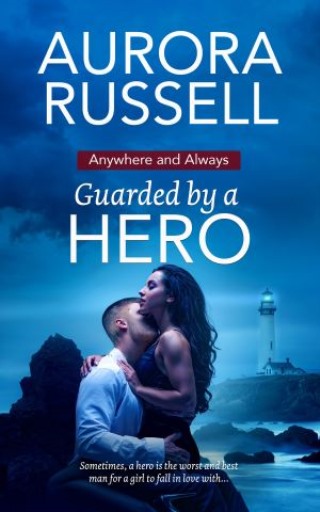 Guarded by a Hero

Book three in the Anywhere and Always series

Sometimes, a hero is the worst and best man for a girl to fall in love with...

Besides being the lovely only sister among the wealthy, powerful and famous Gaspard siblings, Clothilde Gaspard has had a life that's been anything but charmed. She has recently gone through a break-up from hell, survived a serious car accident and multiple other attacks. The only constant has been her heroic former-military bodyguard, Marc, until he leaves abruptly the morning after giving her the greatest pleasure of her life, and she vows never to let him get too close again.

Marc Constantin's entire life has been about duty, honor and service—and it's this service that leads him to be stationed undercover, posing as a security guard with the Gaspard family as he tracks a criminal mastermind. He tries not to let his relationship with Clothilde become personal, but he can't help but admire the strong, smart and gorgeous woman who hides her fiery nature behind an Ice Queen persona. When he's ordered to stay away from her, it tears him up to leave, but he has no choice.

When a new, unknown threat to Clothilde emerges, the pair must set aside their past to work together. As they retreat from glittering society parties to a remote island lighthouse in Maine, passions and tempers flare, and old family secrets might just hold the key to catching the deadly criminal, the Chimère. In order to protect Clothilde, Marc must put his career, his honor and his life on the line, but can he prove that he's not just the hero who guards her, but also the hero who loves her?

Aurora Russell: Aurora is originally from the frozen tundra of the upper-Midwest (ok, not frozen all the time!) but now loves living in New England with her real-life hero/husband, two wonderfully silly sons, and one of the most extraordinary cats she has ever had the pleasure to meet. But she still goes back to the Midwest to visit, just never in January.She doesn't remember a time that she didn't love to read, and has been writing stories since she learned how to hold a pencil. She has always liked the romantic scenes best in every book, story and movie, so one day she decided to try her hand at writing.