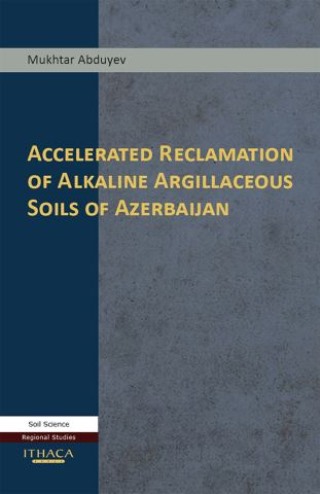 This book - written by the late Professor Mukhtar Abduyev and now available in English for the first time - describes the tackling of a long-established problem which had enormous implications for Azerbaijan's security of food supply. The task was to find more efficient methods of reclaiming the saline soils that covered more than 60% of the republic's lowlands - some 2.5 million hectares were resistant to improvement. Existing methods of reclamation involved vast amounts of water for leaching and the construction of extensive drainage systems, however these methods could take up to 10 years to become effective. Professor Abduyev typically adopted a practical scientific approach, researching various methods of salt removal and their effect on soils and the crops to be grown in them. He was also a highly respected teacher and was directly involved in field investigations, at the same time providing leadership and valuable hands-on experience for graduate students and research workers. Abduyev's work was a major contribution to streamlining the vital work to bring more Azerbaijani land into effective crop and food production.

Muhktar Abduyev: Professor Mukhtar Abduyev (1926 - 79), Doctor of Agricultural Science, was respected across the USSR for his work on the amelioration of saline and polluted land. He had a lifelong connection with the Azerbaijan SSR's Institute of Soil Sciences and Agricultural Chemistry, founding and leading the country's first Soil Reclamation Laboratory there. He also inspired many talented students at the Azerbaijan State University and other institutions. In 1970 he was awarded the USSR's medal for Valorous Labour.