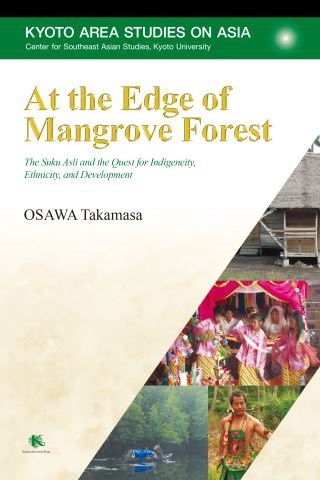 At the Edge of Mangrove Forest

The Suku Asli and the Quest for Indigeneity, Ethnicity, and Development

This book explores the emergence of indigeneity among the Suku Asli, a group of post-foragers living on the eastern coast of Sumatra, Indonesia. In the past, despite indefinite ethnic boundaries and the fluidity of their identity, they were known as Utan (Forest) or Orang Utan (Forest People). Since 2005, however, their indigeneity has been problematized and many Utan have adopted the new ethnonym of &#8216;Suku Asli' (indigenous people) and begun claiming their position within the Indonesian state as an integrated and distinctive ethnic group—a group, that is, associated with a unique adat (tradition), a particular indigenous identity, and ancestral lands. The emergence of this identity reflects not only their own aspirations but also their entanglement with a government that aims to transform the lives of local tribal people.The development of Suku Asli indigeneity in the context of Indonesia is imagined, articulated, and recognized in a very particular way by the state. However, the Suku Asli have a tacit, non-articulated, and unconscious identity and connection with place that has been fostered in their history—that is, indigeny. It is through the liaison between indigeneity and indigeny that the Suku Asli have reconfigured their traditional identity and place within the nation state. Focusing on some of the most important manifestations and embodiments, this book charts the emergence of indigeneity and relates it to the entanglement of the people and the government. Regarding indigeneity as an epistemological perspective, and indigeny as an indigenous ontology, Takamasa Osawa describes some of the ways in which tribal people come to embody, resist, and transform the government image of indigenous people and accomplish their modernization—a modernization demanding, first and foremost, a distinctive and well-bounded indigenous identity.