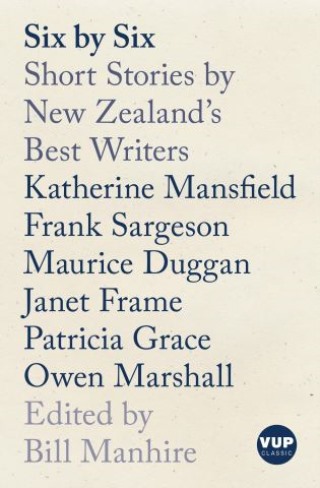 First published in 1989 and reprinted numerous times, Six by Six remains the definitive introduction to the classic New Zealand short story.Six by Six is a big, generous book. It shows the full range and vitality of New Zealand fiction published in the twentieth century. These are stories of pace and invention, mischief and melancholy, darkness and joy. From a two-page sketch by Patricia Grace to Maurice Duggan' s short novel &#8216; O' Leary' s Orchard' . From classics like Katherine Mansfield' s &#8216; The Garden Party' and Frank Sargeson' s &#8216; Conversation with My Uncle' to the contemporary brilliance of Owen Marshall and Janet Frame.Edited by Bill Manhire.

Bill Manhire: Bill Manhire was born in Invercargill in 1946 and educated at the Universities of Otago and London. For many years he taught at Victoria University of Wellington, where he founded the International Institute of Modern Letters &#8211; home to New Zealand' s leading creative writing programme. He is now Emeritus Professor of English and Creative Writing at Victoria and was recently UNESCO Visiting Professor of Creative Writing at the University of East Anglia. He lives in Wellington, New Zealand. Bill is best known as a poet. He received the Prime Minister' s Award for poetry in 2007. His first public