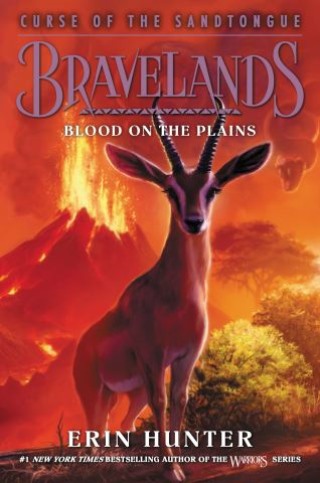 The thrilling third installment in the latest arc of BRAVELANDS! Set in the African highlands and told from three different animals’ points of view, dedicated fans and readers new to the Bravelands world will love this exciting new adventure.

Bravelands is in turmoil. With Thorn dead, the animals of the plains desperately search for the next Great Parent, a role Prance is afraid to fill.

Chase hides in plain sight amidst Grandmother’s most loyal creatures, praying that the terrible antidote she’s discovered will continue to hold the snake’s power over her at bay. And Bramble finds himself up against a foe he couldn’t have imagined: his own poisoned troop. Can these three unlikely allies stop the great serpent before her venom corrupts them all?

Full of epic adventure and thrilling intrigue, this new Bravelands adventure will thrill readers who love the Spirit Animals and Wings of Fire series, as well as the legion of dedicated fans who’ve made Erin Hunter a bestselling phenomenon.

Erin Hunter is inspired by a love of cats and a fascination with the ferocity of the natural world. In addition to having great respect for nature in all its forms, Erin enjoys creating rich mythical explanations for animal behavior. She is the author of the Warriors, Seekers, Survivors, Bravelands, and Bamboo Kingdom series. Erin lives in the UK.