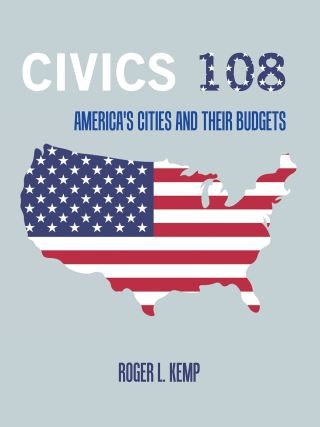 America's Cities and Their Budgets

It should be remembered that government organizations, like their business counterparts, have distinct life cycles. During their lives, public organizations generally go through four phases: growth, stability, retrenchment, and revitalization. Different political and management strategies are needed to set the course and properly guide an organization through each phase of its development. Strategy is concerned with defining purposes and developing goals and plans for an organization’s future direction and growth. While some cities, particularly those in suburban areas with an expanding tax base, are in the growth or stability phase of their life cycle, many others have entered the retrenchment or revitalization phase of their development. Sound budget reduction strategies will assist public officials in this latter category as they debate and adopt policies that ultimately lead to the financial self-help and renewal necessary for the future.

Roger L. Kemp: Roger L. Kemp has worked in city government for a quarter century, serving nearly two decades of this time as a city manager. He has served in cities in California, New Jersey and Connecticut. He holds a Ph.D. degree in public administration from Golden Gate University, and is a graduate of the Program for Senior Executive in State and Local Government at Harvard University. Dr. Kemp has written, edited, and has been contributing editor of over 50 books dealing with numerous aspects of local government. One of his most significant books, Managing America’s Cities: A Handbook for Local Government Productivity, was published in 1998 - - many years ago. Additionally, he has had over 500 articles published in leading professional journals throughout the world. During his career, Dr. Kemp has served a dozen mayors, several city councils, and scores of elected officials. His experience was gained from many years of public service in politically, economically, socially, and racially diverse communities on both the East and West Coasts. He is frequently called upon to speak about cities and how they work before various community groups and professional organizations, both nationally and internationally. This volume reflects the insights gained by Dr. Kemp from his 25-year career of first-hand experience working in cities, and his dealings with their elected officials and citizens during this time. He resides in the City of Meriden, Connecticut. Dr. Kemp has worked in the following cities, in those states noted, during his public service career: California City of Oakland City of Seaside City of Placentia City of Vallejo New Jersey City of Clifton Connecticut Town of Berlin City of Meriden Roger can be reached by telephone (203-686-0281) or by e-mail (rogerlkemp46@gmail.com). He is available for speaking and consulting assignments. His personal website shows additional information about his background (http://www.rogerkemp.org/).