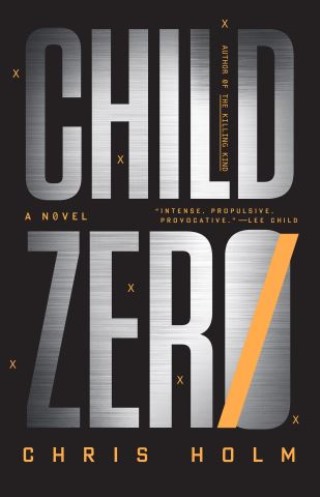 From molecular biologist turned Anthony Award-winning author of The Killing Kind comes a fact-based thriller about our species’ next great existential threat—perfect for fans of Michael Crichton.

It began four years ago with a worldwide uptick of bacterial infections: meningitis in Frankfurt, cholera in Johannesburg, tuberculosis in New Delhi. Although the outbreaks spread aggressively and proved impervious to our drugs of last resort, public health officials initially dismissed them as unrelated.

They were wrong. Antibiotic resistance soon roiled across the globe. Diseases long thought beaten came surging back. The death toll skyrocketed. Then New York City was ravaged by the most heinous act of bioterror the world had ever seen, perpetrated by a new brand of extremist bent on pushing humanity to extinction.

Detective Jacob Gibson, who lost his wife in the 8/17 attack, is home caring for his sick daughter when his partner summons him to a sprawling shantytown in Central Park, the apparent site of a mass murder. Jake is startled to discover that, despite a life of abject squalor, the victims died in perfect health—and his only hope of finding answers is a twelve-year-old boy on the run from some very dangerous men.

Chris Holm is the author of the cross-genre Collector trilogy, the Michael Hendricks thrillers, and thirty-odd short stories in a variety of genres. His work has been selected for The Best American Mystery Stories, named a New York Times Editors' Choice, appeared on more than fifty year's best lists, and won a number of awards, including the 2016 Anthony Award for Best Novel. He lives in Portland, Maine.