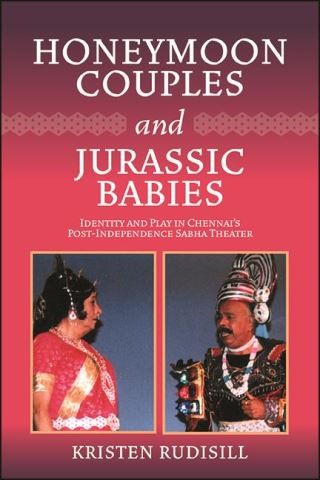 Honeymoon Couples and Jurassic Babies is the first in-depth study of Sabha Theater, a type of Tamil-language popular theater that started in Chennai (Madras) in the period following India's independence, thriving especially between 1965 and 1985. Breaking new ground in the study of stage and performance, this interdisciplinary book presents a complex view of a significant genre, using historical research and ethnographic information obtained through interviews with performers, writers, and audience members, as well as observations of rehearsals, performances, and television and film shootings. This careful coverage not only contextualizes Sabha Theatre historically, politically, and aesthetically within the wider history of the Tamil stage and a performance scene that includes classical dance and mass media but also reveals how its plays express a Tamil Brahmin identity that is at once traditional and modern. Analyzing what particular plays mean to the specific, urban, elite Brahmin community that produces and consumes them, Kristen Rudisill examines humor that reveals a complex Brahmin identity and surveys markers of moral superiority.