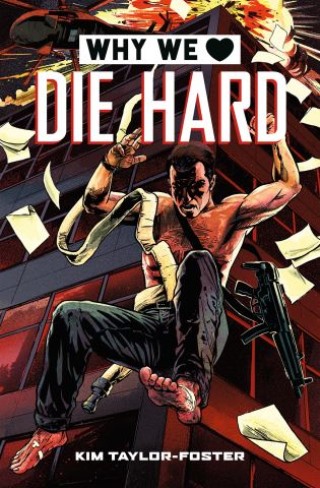 Why We Love Die Hard

Rediscover all the reasons you love Die Hard with this essential illustrated guide to the making of and impact of this quintessential action (and Christmas) flick!

Fully loaded with John McClane sarcasm, Alan Rickman as a German terrorist, and Nakatomi Plaza blowing up on Christmas Eve, Die Hard is often cited as the film that took action blockbusters to the next level, but what has earned the film its fiercely devoted fan base? That's the question that Why We Love Die Hard seeks to answer. This is the first and only guide that combines entertaining information about the history and making of the film with a celebratory look at all the different aspects that have helped solidify Die Hard as a must-see film. A Die Hard lover's dream, this guide includes punchy illustrations paired alongside essays exploring the film's history, characters, unique film techniques, and the thematic elements that have helped this film become the beloved classic it is today.

Kim Taylor-Foster: Kim Taylor-Foster is a film and television journalist based in the UK. She has written for globally celebrated media brands, including Fandom, IGN, the BBC, Guardian Media Group, and Clash. Fans at San Diego Comic-Con may have seen her taking part in the Screen Junkies panel, or as a face on Screen Junkies News.