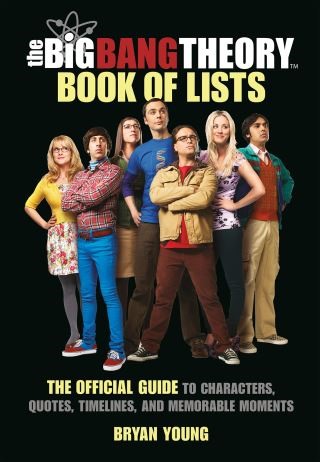 The Official Guide to Characters, Quotes, Timelines, and Memorable Moments

Celebrate the nerdiest friend group with this ultimate fan guide packed with trivia, facts, and memories from all twelve seasons of The Big Bang Theory.

With more than 100 inventive lists, charts, and timelines, The Big Bang Theory Book of Lists offers fans a creative way of looking at and celebrating the iconic and beloved early 2000s sitcom. Revisit some of your favorite moments, pairings, cameos, and geeky references (or test your super-fan knowledge) with these fun groupings exploring the variables of life in apartment 4A.

Illustrated with full-color photographs and visuals from the show throughout, The Big Bang Theory Book of Lists is an officially licensed, must-have collector's item for the ultimate fan.

Bryan Young: Bryan Young works in many different media, from film and comics to prose and non-fiction. He's been a regular contributor for the Huffington Post, StarWars.com, Star Wars Insider magazine, SYFY, /Film, and more. He has written books in the Star Wars, Robotech, and BattleTech universes, among others. His latest novel is BattleTech: Honor’s Gauntlet.