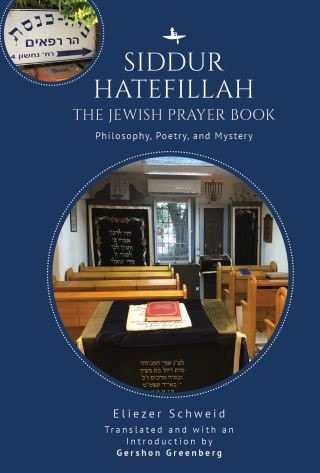 Hebrew University Professor Emeritus and Israel Prize recipient Eliezer Schweid (1929-2022) is widely regarded as one of the greatest historians of Jewish thought of our era. In Siddur Hatefillah, he probes the Jewish prayer book as a reflection of Judaism's unity and continuity as a unique spiritual entity; and as the most popular, most uttered, and internalized text of the Jewish people. Schweid explores texts which process religious philosophical teaching into the language of prayer, and/or express philosophical ideas in prayer’s special language – which the worshipper reflects upon in order to direct prayer, and through which flows hoped-for feedback. With the addition of historical, philological, and literary contexts, the study provides the reader with first-time access to the comprehensive meaning of Jewish prayer—filling a vacuum in both the experience and scholarship of Jewish worship.

Eliezer Schweid: Eliezer Schweid (1929-2022) was Professor Emeritus of Jewish Thought at the Hebrew University. He published over forty books in general and specific areas of Jewish thought of all periods, and commented frequently on the relevance of the legacy of Jewish thought to contemporary issues of Jewish and universal human concern. He was the recipient of the distinguished Israel Prize and two honorary doctorates.