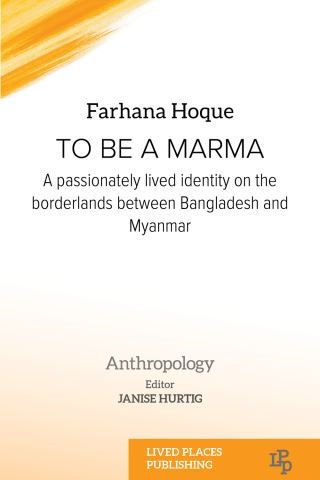 To be a Marma

A passionately lived identity on the borderlands between Bangladesh and Myanmar

How does being located in borderlands impact cultural identity, through both assimilation and distinctness?

This exploration of the self-identified Marma group, the second largest ethnic group in the Chittagong Hill Tracts (CHT) of Bangladesh, discusses various aspects of identity creation, maintenance and adaptation in the unique setting of the geo-political border between South and Southeast Asia. With the fluidity of change and ethnic composition that is typical of geographical borders, the expectation is constant adaptation resulting in slow change of cultural identity over time. In the Marma case, adaptations are made in order to maintain their cultural distinctiveness. Drawing from stories of the people who hold this identity, the book considers how cultural groups navigate the constant demands on their identity whilst living in borderlands.

Farhana Hoque PhD conducted her doctoral research at University College London in the social anthropology of the Chittagong Hill Tracts in Bangladesh. She holds an MA in Social Anthropology from the Vrije University, with a specialism in Medical Anthropology from the University of Amsterdam in The Netherlands and a BA(Hons) in History and Politics from Liverpool University in the UK. Her work on marginalised communities began with a study of women and their reproductive health in Bamako in Mali in the 1990s and continued in her volunteering work at Amnesty International during the Sierra Leone Civil War. She has two children and lives in South London.