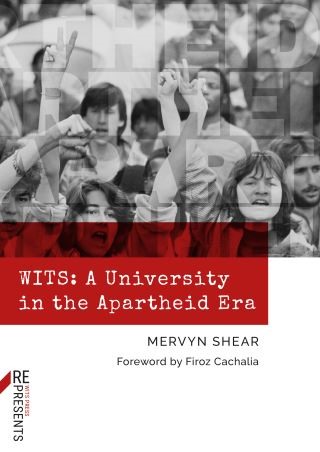 A University in the Apartheid Era

When the National Government assumed power in 1948, one of the earliest moves was to introduce segregated education. Its threats to restrict the admission of black students into the four ‘open universities’ galvanised the staff and students of those institutions to oppose any attempt to interfere with their autonomy and freedom to decide who should be admitted.

In subsequent years, as the regime adopted increasingly oppressive measures to prop up the apartheid state, opposition on the campuses, and in the country, increased and burgeoned into a Mass Democratic Movement intent on making the country ungovernable.

Protest escalated through successive states of emergency and clashes with police on campus became regular events. Residences were raided, student leaders were harassed by security police and many students and some staff were detained for lengthy periods without recourse to the courts.

First published in 1996, WITS: A University in the Apartheid Era by Mervyn Shear tells the story of how the University of the Witwatersrand (Wits) adapted to the political and social developments in South Africa under apartheid. This new edition is published in the University’s centenary year with a preface by Firoz Cachalia, one of Wits’ student leaders in the 1980s. It serves as an invaluable historical resource on questions about the relationship between the University and the state, and on understanding the University’s place and identity in a constitutional democracy.