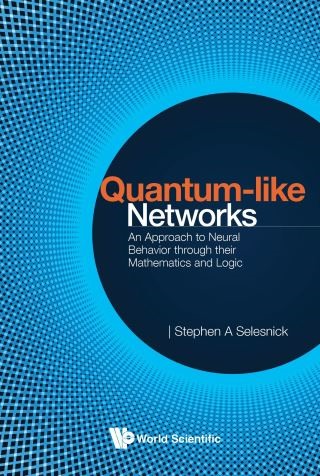 An Approach to Neural Behavior through their Mathematics and Logic

Do brains compute? If they do, what do they compute and how do they do it? The first part of the book introduces the development of a model that simulates actual biological neurons more closely than do current standard models of neural networks, as well as the deduction of its physics-like and computational properties from first principles. The second part presents a collection of applications of the model to memory formation and loss, a general syntax for memory retrieval, language itself, and certain forms of aphasia. A linear development of the discussion with proofs in situ is employed by the author, making the book essentially self-contained. A pair of helpful appendices are provided to acquaint the reader with necessary fundamentals of topics in logic and mathematics. Quantum-like Networks: An Approach to Neural Behavior through their Mathematics and Logic will show you an entirely new approach to an ancient subject.

'In this book, Stephen Selesnick extends his groundbreaking quantum-like model of neural dynamics, built from logical and physical first principles, to provide a novel, rigorous, and systematic treatment of neural computation. Then he derives many fundamental properties of neural systems, such as Hebbian learning and Tsien's Power-of-Two Law of neural connectivity, shedding new light on them. A brilliant achievement.' - Gualtiero PiccininiCurators' Distinguished Professor of Philosophy, University of Missouri-St. Louis, USA

'There are many exciting and highly innovative ideas in this book, which has the potential to offer some truly revolutionary suggestions in how the brain supports the seemingly infinite complexity of the mind. Relevant researchers are likely to engage with his book.' - Emmanuel PothosProfessor of Psychology, City University of London, UK