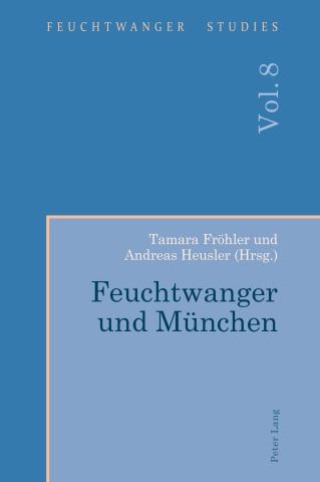 In October 2019, the regular conference of the International Feuchtwanger Society took place for the first time in Lion Feuchtwanger's hometown of Munich. Its aim was to get closer to the «early Feuchtwanger», the «Munich Feuchtwanger», and to illuminate and classify his literarily ambitious career in the field of tension with the Bavarian metropolis: what role did the «Munich milieu» play for the young intellectual? Which influences of the Munich art, theatre and literary scene can be traced to his work? What networks and connections supported, accompanied and motivated the ambitious young author?

When Lion Feuchtwanger later took stock of his childhood and youth in Munich, he had little positive to say about his hometown. On the contrary, he found sharp, bitter words for this Munich that was so intensely and equally painfully linked to his own life. Nevertheless, the much-maligned milieu of «Munich» was where Lion Feuchtwanger grew into the literary personality, idiosyncratic thinker and self-confident writer that he became.

This volume underlines that the literary work of the world-famous writer owes far more to his hometown of Munich than has been assumed thus far.