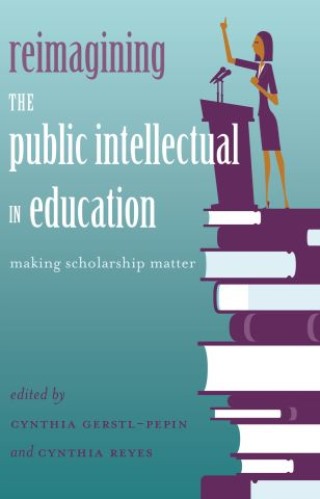 Reimagining the Public Intellectual in Education

While the term «public intellectual» has been used to describe scholars who seek to share their re-search with the public, little work has been done to examine the role of a public intellectual in the field of education. This book builds upon the notion of the public intellectual in a way that makes the term more accessible, using it to refer to education scholars who seek to share their research outside of academia. Media coverage of educational issues is rife with self-appointed experts on education who have claimed space in public discussions to define educational problems and dominate public dialogues on education. But where are the education researchers in these academic dialogues? This book addresses their absence, sharing the stories of scholars who are seeking to enter public dialogues and reclaim space for reasoned dialogue on education. The stories of public scholars highlighted here acknowledge that the policymaking arena is teeming with value conflicts that can lead to dismissing or ignoring research if it does not fit with political agendas.