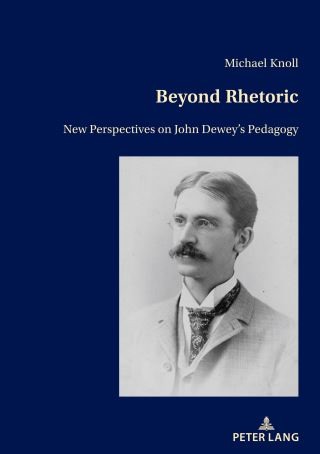 While John Dewey is an icon of American education and his work object of comprehensive
studies, this book ventures to fill gaps that have been neglected by previous research.
In particular, it opens new perspectives on Dewey’s theory of curriculum, his concept of
democratic education, his role as an administrator and the extent to which his philosophy
of education coincided with the practice of the Laboratory School teachers. Thus, the
author joins the ranks of those who strive to historicize Dewey’s pragmatist pedagogy
and contextualize his celebrated school experiment.

Drawing on new archival research and dozens of overlooked sources, Knoll offers numerous
insights into what was and was not original in Dewey’s pedagogy, and to what degree
Dewey and his associates were successful in faithfully implementing his complicated
vision. This is Dewey scholarship at its very best!
Thomas Fallace, author of Dewey and the Dilemma of Race

“While many historians have chronicled the growth of John Dewey’s educational philosophy,
very few have traced in detail its application by Dewey in the real world. In this
superb critical study of Deweyan educational reform, Michael Knoll does both. At once
a tour de force and a cautionary tale.”
Andrew Feffer, author of The Chicago Pragmatists and American Progressivism

“Michael Knoll’s meticulous archival research places Dewey’s work both in the long
sweep of the history of educational ideas and in the context of Dewey’s historical moment.
Knoll highlights significant transatlantic currents in the New Education, illuminates misunderstood
or overlooked episodes in Dewey’s lifework, and humanizes Dewey. Knoll’s
findings and interpretations will challenge scholars to reassess prevailing perspectives
not only on Dewey’s work, but also on early 20th century education reform in the US.”
William G. Wraga, author of Progressive Pioneer: Alexander James Inglis
(1879¬–1924) and American Secondary Education

Michael Knoll: Michael Knoll, Ph.D., Dipl.Päd., was a high school teacher and school principal; a visiting
scholar at Teachers College-Columbia University and the University of South Carolina;
a research fellow at the universities of Kiel, Bayreuth, Eichstaett and the Swiss Institute
of Technology, Zurich; an interim full professor, University of Rostock. His primary areas
of scholarship are the history of curriculum, instruction and school administration with
the focus on progressive education in the United States and Germany.