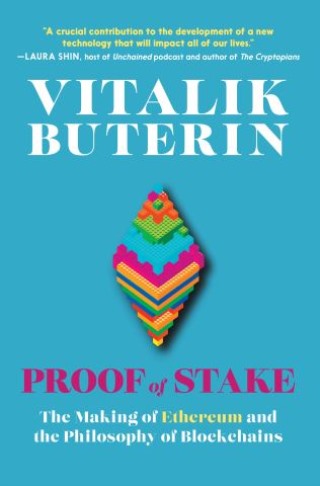 The Making of Ethereum and the Philosophy of Blockchains

"A crucial contribution to development of a new technology that will impact all of our lives.” –Laura Shin, host of the Unchained podcast and author of The Cryptopians: Idealism, Greed, Lies, and the Making of the First Big Cryptocurrency Craze

“Vitalik Buterin is one of the most influential creators of our generation....Like most of his work, it is sure to become a must-read.”–Camila Russo, author of The Infinite Machine, founder of The Defiant

The ideas behind Ethereum in the words of its founder, describing a radical vision for more than a digital currency—reinventing organizations, economics, and democracy itself in the age of the internet.

When he was only nineteen years old, in late 2013, Vitalik Buterin published a visionary paper outlining the ideas behind what would become Ethereum. He proposed to take what Bitcoin did for currency—replace government and corporate power with power shared among users—and apply it to everyday apps, organizations, and society as a whole. Now, less than a decade later, Ethereum is the second-most-valuable cryptocurrency and serves as the foundation for the weird new world of NFT artworks, virtual real estate in the metaverse, and decentralized autonomous organizations.

The essays in Proof of Stake have guided Ethereum’s community of radicals and builders. Here for the first time they are collected from across the internet for new readers. They reveal Buterin as a lively, creative thinker, relentlessly curious and adventuresome in exploring the consequences of his invention. His writing stands in contrast to the hype that so often accompanies crypto in the public imagination. He presents it instead as a fascinating set of social, economic, and political possibilities, opening a window into a conversation that far more of us could be having.

Vitalik Buterin: VITALIK BUTERIN is a Russian-Canadian programmer and writer who co-founded Bitcoin Magazine in 2011 and launched Ethereum in 2014. In 2021, he was named as one of TIME magazine’s most influential people. NATHAN SCHNEIDER is an assistant professor of media studies at the University of Colorado Boulder. His most recent book is Everything for Everyone: The Radical Tradition that Is Shaping the Next Economy. He first interviewed Vitalik Buterin in 2014.