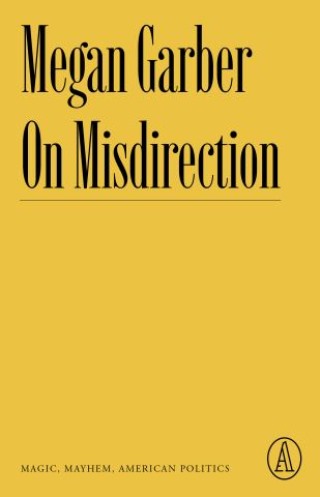 An investigation of misinformation and fracturing in contemporary American political culture. An Atlantic Edition, featuring long-form journalism by Atlantic writers, drawn from contemporary articles or classic storytelling from the magazine’s 165-year archive.

A collection of essays from Atlantic staff writer Megan Garber, On Misdirection: Magic, Mayhem, American Politics is a timely treatise on our contemporary American political culture. Using the concept of “misdirection” to argue how attention, boredom, uncertainty, and cynicism have become the disquieting stalwarts of our current political arena, Garber offers readers a new and accessible theory for understanding the lasting power of Donald Trump and his right-wing legions.

Megan Garber: Megan Garber is a staff writer at The Atlantic. She writes about TV, movies, books, and the intersection of politics and entertainment. The recipient of a Mirror Award for her writing about the media, she previously worked as a technology reporter for Harvard’s Nieman Journalism Lab and as a critic for the Columbia Journalism Review. She holds a BA in English Literature from Princeton University and an MA in journalism from Columbia University, and lives in Washington, D.C.