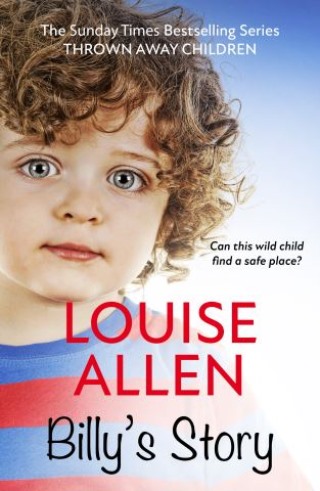 Foster care expert Louise has trouble on her hands from the first moment that 5-year-old Billy Blackthorn comes to stay. It is only as Louise begins to uncover the secrets of Billy's dark past that she begins to understand what made his family 'untouchable'.

Louise Allen: From an early age, Louise was adopted into a family who from the beginning said they didn't want her. Her first book, Thrown Away Child, revealed the abuse and neglect she and a fellow adopted child suffered at the hands of their adopted mother, Barbara. Ten years ago, Louise and her family became a fostering family. They have looked after over 70 children; some have stayed long term. This led to the bestselling series Thrown Away Children where Louise is inspired by the stories of children in the care system. Within days the first book in the series became a bestseller. Louise is well known for 'saying it as it is' so not only are her books engaging, they also empower adopters to feel confident and in control, and to know where to turn to for help.