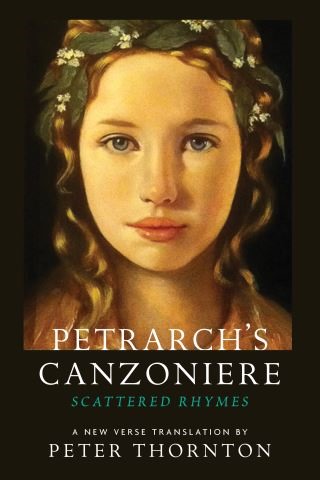 Francesco Petrarch’s Canzoniere (translated in English as ‘Scattered Rhymes’) is a collection of 14th century poems famed for their deep exploration of love, grief, spirituality and nature. Written over the course of forty years (approximately between 1328-1368), this collection includes 317 sonnets, 29 canzoni, 9 sestine, 4 madrigals and 7 ballate. These Scattered Rhymes almost always return to Laura, a women who Petrarch loves deeply, whom he first saw on a Good Friday. On this same day, some years later, Laura died. But Petrarch’s love does not wane, in fact at points it burns brighter. Il Canzoniere also serves as a valuable contemporary insight into 14th century religion and the role of the papacy in Christendom. Petrarch’s work is one of civilization’s most immaculate achievements. Michael R. G. Spiller regards Il Canzoniere as ‘the single greatest inspiration for the love poetry of Renaissance Europe until well into the seventeenth century’. Following his acclaimed translation of Dante’s Inferno, which ‘immediately joins ranks with the very best available in English’ (Dr Richard Lansing), Peter Thornton brings the poetry of Petrarch to the 21st Century in direct and luminous verse.

Francesco Petrarch: Born in Italy in 1304, Francesco Petrarch moved with his family to Provence. Petrarch was smitten by the sight of a young woman named Laura. She did not return his love, but it stayed with Petrarch even after Laura’s early death. Laura inspired the 366 poems that make up his Canzoniere, translated here as ‘Scattered Rhymes’. Petrarch lived till 1374, and was writing and revising his sonnets into his last years.